A Relationship to Remember

Introduced in 2021, the FilmLight Colour Awards celebrate the art of color grading as practiced around the globe. This year’s nominees in the Theatrical Feature category include Light Iron supervising colorist Ian Vertovec, for his work on the feature Being the Ricardos.

Written and directed by Aaron Sorkin, Being the Ricardos delves into the personal and creative partnership between Lucille Ball (played by Nicole Kidman) and Desi Arnaz (Javier Bardem). The project reteamed Vertovec with cinematographer Jeff Cronenweth, ASC, following previous collaborations that include the features The Social Network and Hitchcock and the series Tales From the Loop.

"Over the years, Ian and I have found a common language in expressing visual aesthetics," Cronenweth shares. "We have a streamlined approach to getting a look that supports the narrative while still pushing the images. Sensibilities change for each story you are trying to tell, and we have a shorthand language in finding that happy place.

“With Being the Ricardos, I shared with Ian my general, overall approach, which was to embellish the colors of the '50s in a world of contrast, but not dark for the sake of dark," the cinematographer continues. "I wanted there to always be points of light to appreciate the scale of the sets and sound stages, but to isolate the characters through shallow depth of field, leaving them alone to fend for themselves."

Vertovec adds, "Jeff talked a lot about creating a vintage look without being old-fashioned. In other words: What style choices would the filmmakers of 1950 make if they had the technology that we have today? We didn't want to evoke the period by degrading the image in any way. Instead, Jeff evoked the period with lighting design, blocking and camera movement, and I built a show LUT that complemented that warmer production design without punching the chroma too hard.

"We focused on creating more natural contrast in the midtones and softer contrast in the roll-off of the highlights and the toe, with an emphasis on colour separation," Vertovec further explains. "The result was a soft yet rich, warm look that evokes George Hurrell's portrait photographs of the 1930s and '40s." 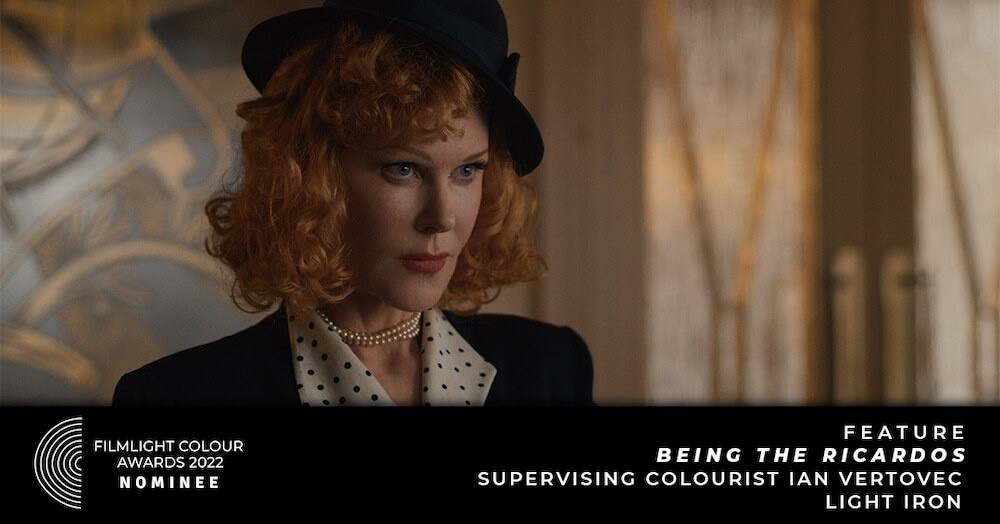