Cinematographer Andrew Wheeler offers his perspective on the feature God’s Country and his longtime collaboration with director Julian Higgins. 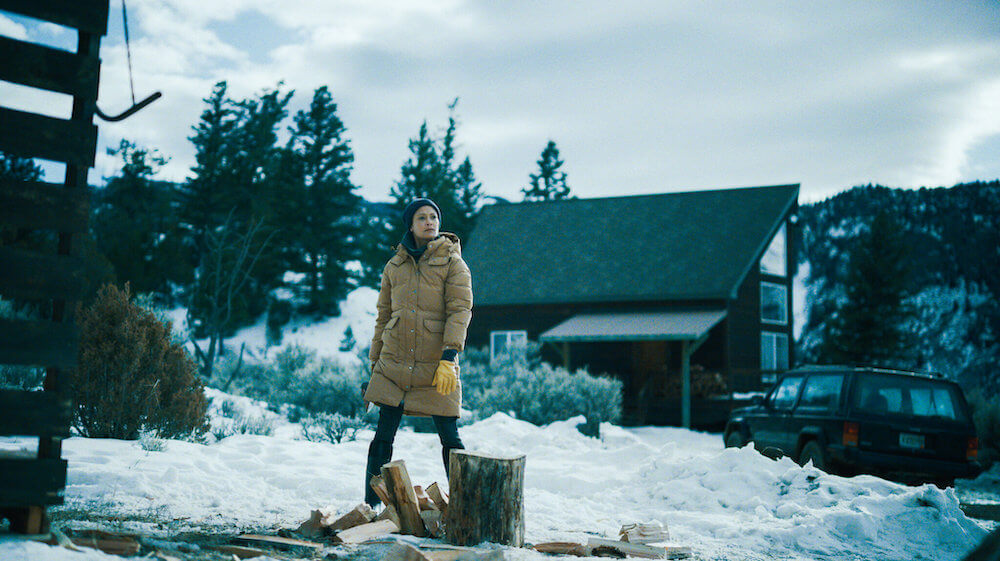 Based on James Lee Burke’s short story Winter Light, the feature God’s Country stars Thandiwe Newton as Sandra, a college professor whose encounter with a pair of hunters trespassing on her property triggers a tense battle of wills. Shot on location in Montana, the movie marks the feature directorial debut of Julian Higgins, who reteamed with cinematographer Andrew Wheeler, a longtime collaborator. Working with Panavision Woodland Hills, Wheeler selected a package that included Panavision’s Millennium DXL2 camera and Panaspeed and H Series large-format optics. The cinematographer reconnected with Panavision around the time of the film’s premiere at the Sundance Film Festival to reflect on the production. Panavision: How did you approach the framing and camerawork for God’s Country?

Andrew Wheeler: Our guiding principle was to place the audience with the character. The camera was never to look at Sandra, it was always to be with her. We were constantly discussing what we wanted the audience to feel. We also strove for simplicity in the photography. The camera is patient, and its positioning and movement are motivated.

Did you and Julian share any particular visual references that inspired the movie’s visual language?

Wheeler: I live in Montana part-time and have taken thousands of photos up there. Those images had an inherent influence on the look of the film, but I feel like Julian and I don’t find our inspiration in the usual ways. Instead, there were a lot of conversations. We talk about the ideas we’re interested in exploring, as well as what we don’t want the movie to be. What brought you to Panavision for the project?

Wheeler: I’ve been working with [marketing executive] Mike Carter at Panavision since Julian and I shot our thesis together in 2010. On top of being a huge supporter of ours, he has always gone above and beyond on all of the other projects I’ve shot over the years. Panavision has supported my growth from the beginning, and I’m so thankful that they’ve been an integral part of my journey.

How did you come to select your lens package for the movie?

Wheeler: I’ve always been fond of the falloff of the Panaspeeds, and paired with the DXL2, they provided an image quality that Julian and I both responded to. We shot a lot of the movie wide open. They’re a set of lenses I’ve worked with a lot. I know them well and value their versatility. I also took two semi-uncoated H Series lenses, both of which ended up being reserved for Thandiwe. They lent a unique patina to Thandiwe’s frames. How does your shared history with Julian inform your work together now?

Wheeler: We’ve been working together for 13 years. We act as a system of checks and balances for one another in a way that keeps either of us from making choices that would betray the soul of the film. There is an immense amount of trust and respect between us, and because of that Julian includes me in every stage of the film, from preproduction to post.