In Bardo: False Chronicle of a Handful of Truths, Mexican filmmaker and expat Silverio Gama (Daniel Giménez Cacho) undertakes a mind- and time-bending journey of the soul in which he’s forced to confront his creative appetites, family history, national identity, mortality and more. The tale is steeped in director and cowriter Alejandro G. Iñárritu’s personal ruminations; to help realize his vision for the movie, Iñárritu found a deeply sympathetic collaborator in cinematographer Darius Khondji, ASC, AFC. Since Bardo’s premiere, Khondji’s work has been lauded with a Silver Frog at the EnergaCamerimage International Film Festival and a growing number of award nominations, including from his colleagues in the American Society of Cinematographers.

During preproduction, Khondji turned to Panavision for a lens package that centered around three wide-angle focal lengths from the large-format Sphero 65 series of optics, allowing him to emphasize the actors' presence within the spaces through which they pass. The cinematographer recently reconnected with Panavision to share his experiences on the project. 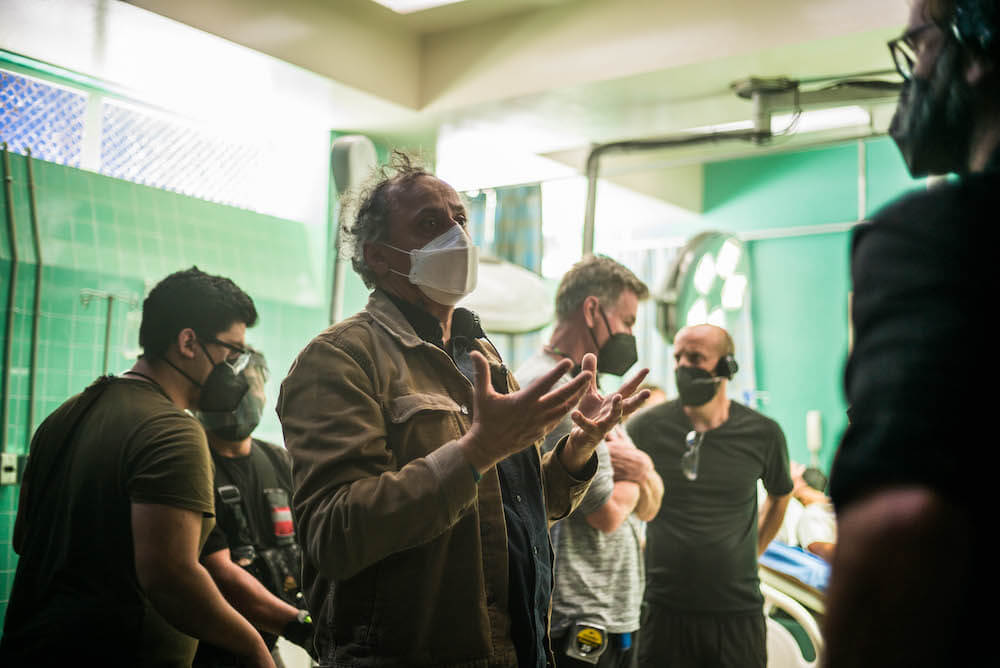 Panavision: How did Alejandro describe his vision for Bardo?

Darius Khondji, ASC, AFC: Everything started with a series of phone conversations. A friend of his contacted me and told me that Alejandro wanted to reach out about a project he was about to start, and it was quite urgent. So Alejandro called me from Mexico — I was in Paris — and we started a conversation about this incredible story. What he was telling me was amazing. It was very deep, very personal, and I could tell it was something very meaningful. It was a story that he wanted to tell that was very important to him.

We were getting along really well, and I was already very deeply immersed in the story before he even thought of sending me the script. Then, when I read the script, it was magnificent. I decided immediately, 'Yes, I will do the film,' and I jumped in a plane to Mexico, and immediately we were looking at locations he already had.

When you began collaborating, were elements like the moving camera, the long takes and the wide-angle perspectives already present in what Alejandro was envisioning?

Khondji: The very fluid, long sequence movements and the use of wide angles was already in him. He really wanted to tell the story this way.

What drew you specifically to the Sphero 65 lenses? What qualities did you see in them that made them a good match for this story?

Khondji: I brought Alejandro the idea of shooting in large-format photography, in digital, to have the actors very present and to map the landscapes around Silverio in a very present way. I was not after definition; I was after presence. I thought it would be the best way to tell the story.

There’s no barrel distortion, but the image seems to stretch along the sides of the frame in a way that suggests a time-warp effect.

There are echoes of other films that meditate on life and death and artistic ambition — movies like Fellini's 8½ and Bergman's Wild Strawberries. Were films like these a direct point of reference for you and Alejandro?

Khondji: These are movies that we screened. We screened a very good print of 8½ in the cinema of Churubusco with all the crew. But, you know, when you watch a film like 8½, you cannot be really directly inspired. You watch it, you get the feeling of it, and that's all you can take from a great film like 8½ or Citizen Kane or Wild Strawberries. It's too strong, too powerful to try to take anything more than the feeling.

But we screened 8½, Wild Strawberries, Songs From the Second Floor and other films like that. We watched parts of Los Olvidados and All That Jazz. There were always people from the crew with us, like [production designer] Eugenio Caballero, [costume designer] Anna Terrazas and [producer] Stacy Perskie. These films were like friends. We brought them along with us, and the film had all of this around it, like little stars sending good messages. That’s how I take inspiration. It’s just an idea that we brought with us.

Over the years, you've also spoken about the inspiration that you've found in silent cinema. Do you continue to find creative inspiration in silent movies?

Khondji: Yes. Absolutely. I love silent movies. I love black-and-white movies. Most of my inspirations before a movie starts are in black-and-white. I love color very much, but I’m very careful with it because color is something that can influence you very strongly. So you have to be careful with color. But I am influenced by silent movies. They’re like friends. It's like going to the Tate Gallery or the Metropolitan Museum. I know these places, but I go there just for a room, just for a place, just to be in front of a Giotto painting.

I never studied history of art or history of cinema. I studied filmmaking in a film school in New York, and I remember going every weekend to the Metropolitan Museum and just spending time in front of paintings. Sometimes I was missing Europe, so I was in front of the impressionists, and I was looking at places that I knew near Paris by the river. It's very beautiful. Inspirations are very important.

With its meditations on life and death and creativity, Bardo is a very heady, emotional movie. What did it mean to you personally to be able to help tell this story?

Khondji: Immediately when I met Alejandro, we had a very deep connection. I was in front of a great artist, and he was putting himself naked in the film. He was telling the story of himself, of his family. There was something very strong about it — he was not bluffing. He was not making the movie to please audiences, but to tell a story, and he was hoping that audiences will connect to it. So immediately he had me on his side, and I wanted to tell the story. Everything he said resonated with me.

He was very precise. He was just looking for someone to be his first interpreter, like the first musician in the band playing with him. That's what we did - we played the music of the film together, we played the story together. I helped him tell the story in images, and it was the most extraordinary experience of my life. 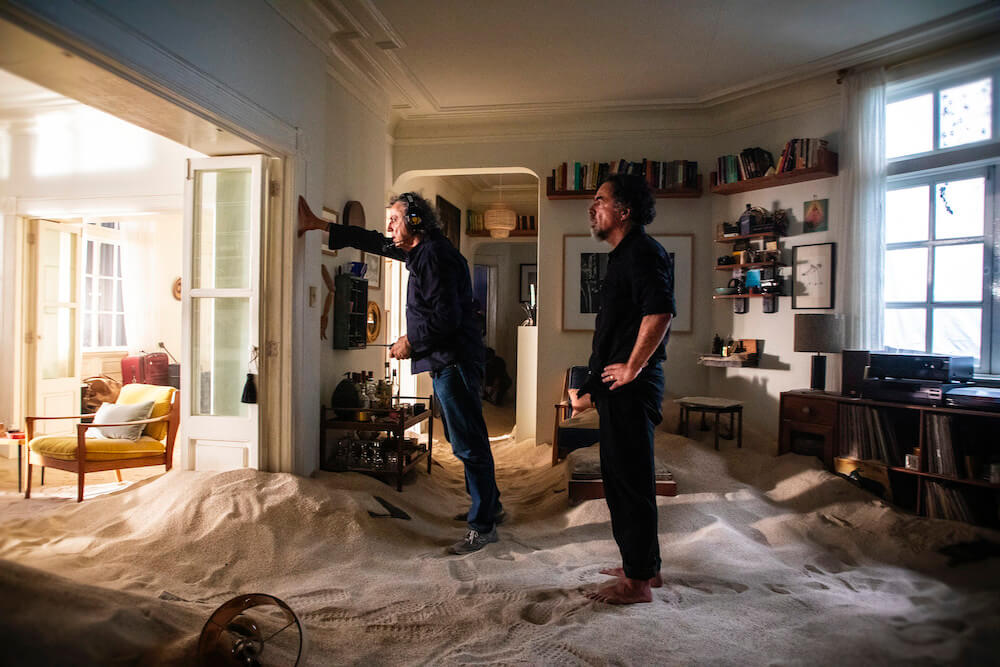 All images courtesy of Netflix.