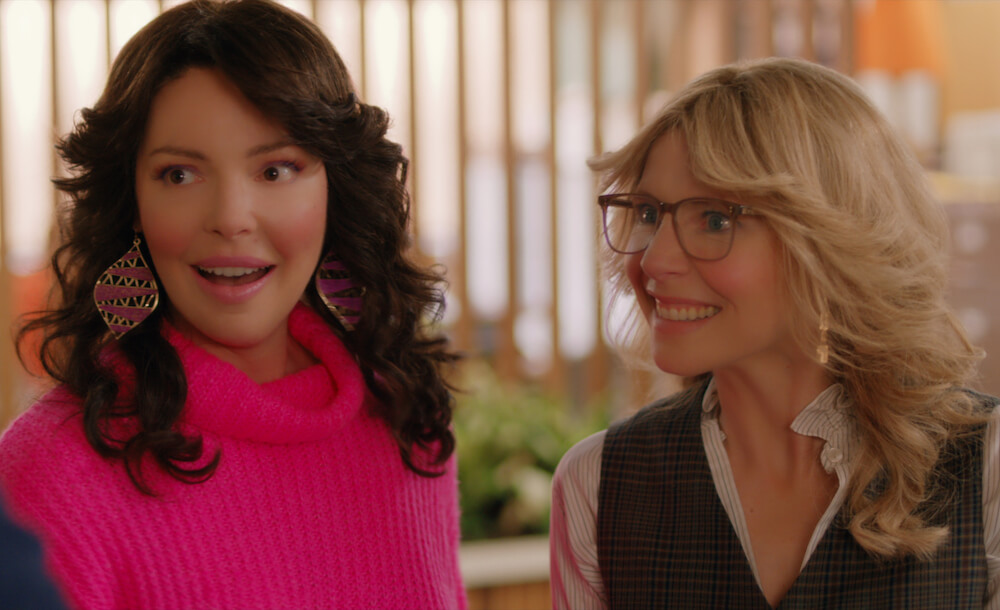 For Vincent De Paula, CSC, shooting the Netflix series Firefly Lane felt like a dream come true. Over the course of 26 episodes spanning two seasons, he was tasked with capturing the friendship of two women, Tully and Kate (played respectively by Katherine Heigl and Sarah Chalke), through multiple life stages and different time periods. His canvas covered the decades of the 1970s, ’80s and early 2000s and required him to re-create these distinctive eras on a television budget. The cinematographer fully embraced the challenge — in fact, it was what attracted him to the series in the first place.

It was while he was shooting the 2020 feature 2 Hearts that one of the producers, Shawn Williamson, asked De Paula to read the pilot script for Firefly Lane. De Paula loved how the script followed these two women through their ups and downs over 30 years. “I connected so much with the story and the spirit that I really wanted to be a part of it,” De Paula says. “I mean, what an opportunity to show these different timelines with American history and American culture as the background. Luckily, when I met the showrunner and the other producers, they loved my feedback and they hired me.” 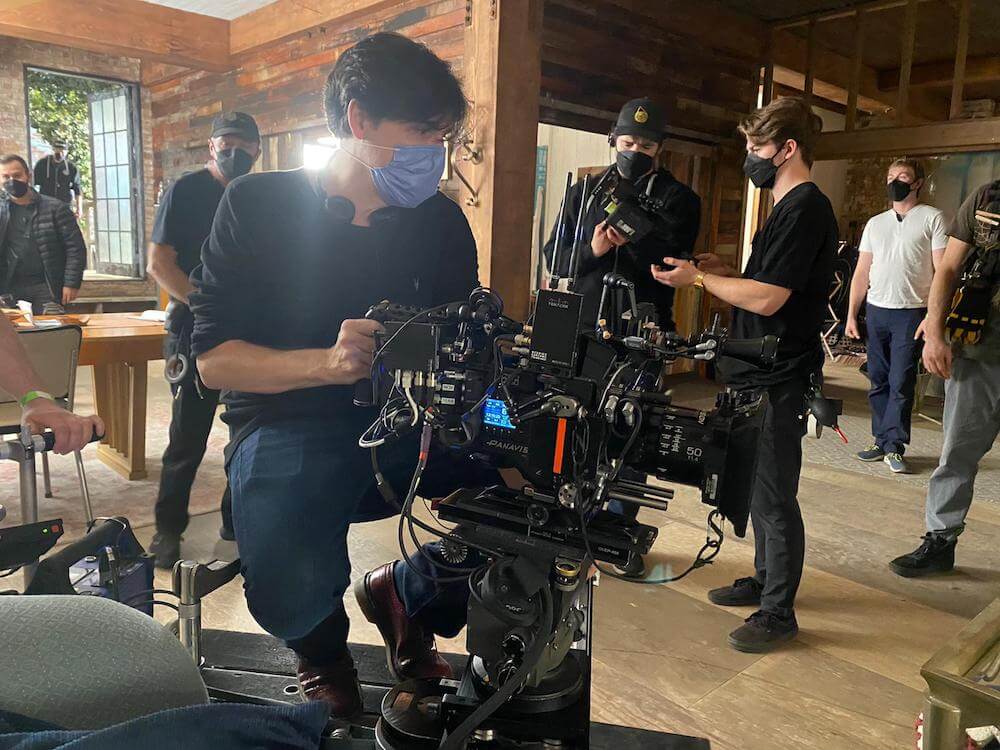 De Paula grew up in rainy Galicia in northern Spain. He discovered his love of movies as a 7-year-old watching a TV program on Tuesday nights that screened classic Hollywood films. "It was the only time back then when I could watch those old black-and-white movies in English," he says. "Everything was dubbed to Spanish, but I just wanted to hear the real voices."

His young imagination started playing with the movies' plot points, such as reversing who lives and who dies. Gradually he realized there were artists who actually made those decisions, and he longed to be one of them, perhaps behind the camera. When he was a teenager, he shocked his parents by announcing he was going to work in film and television. The industry was almost nonexistent in Galicia, and such a career would force him to go elsewhere.

After attending a local Spanish university with a media-studies program, De Paula traveled to England to study cinematography at the London Film School and began working in the U.K. industry, shooting short films, music videos, BBC projects and, most essentially, documentaries. "That was a great way to learn the craft, shooting lots of documentaries," he says. "I learned how to work with available light, how to shape available light, and how to make something a bit moving. To this day, that's embedded in my brain. I look at the classics shot by Connie Hall [ASC] and remember he used to refer to this as 'magic naturalism.' You get what you get in the room, and then you try to shape it because it's not perfect." 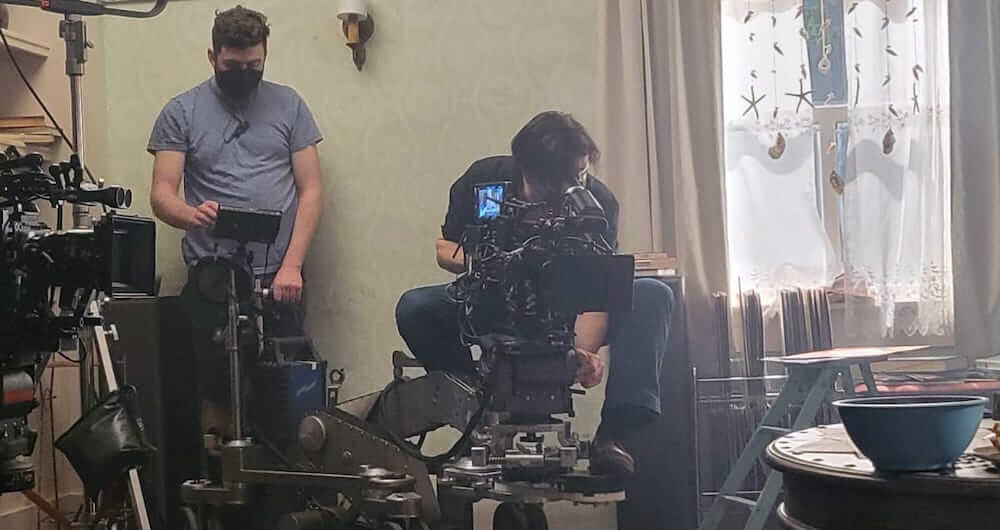 It was in London that his relationship with Panavision blossomed. "We were doing a short film, Dark Room,” he recalls. “It was a really complicated shoot for me, because everything happened in a dark room with red light, and when you expose under red light on film, you lose so much sharpness. I talked to Panavision, and they were kind enough to be helpful. We shot on Super 16 with a package that came from Panavision, the glass and everything. I was so impressed. ‘This is home,’ I said. ‘I don’t want to go anywhere else.’

"We felt so lucky to work with Panavision, we couldn't even believe it," De Paula continues. "When you start in cinematography, you look at articles in American Cinematographer magazine and you see that Panavision logo, and you dream about one day being part of that. There’s a history with Panavision, the way they make glass, the way they make cameras. So I developed a relationship with them back in England, and then anytime I could get them involved, I did, and we worked on so many projects together. I said to myself, ‘Well, this is it. I belong to this world now.’ Panavision not only gives me the tools, they’re also collaborators, visually, in terms of how I see the world. Anytime I’m working with Panavision, I know they have my back.”

With his eyes on bigger productions, De Paula moved to North America, splitting his time between Los Angeles and Vancouver. His credits prior to this season of Firefly Lane included the series Project Mc2 and ReBoot: The Guardian Code; episodes of Maid and Zoey’s Extraordinary Playlist; additional cinematography on Second Chance, The Man in the High Castle, Upload and The Good Doctor; and several features, including Don’t Let Him In, The Will, Indian Road Trip and the upcoming Netflix movie The Inheritance.

De Paula relished the opportunity to shoot all 26 episodes of Firefly Lane. "There are pros and cons, of course," he shares. "I couldn't prep the next episodes properly with the upcoming directors and locations. But our approach was that we treated each season as a long feature film with one style, one vision. And I think having one voice behind the camera was a good thing. I’ve worked on other shows where there are so many DPs, and even though we have the same goals, we can be very different, and things can look a little distracting every now and then. I like the fact that I can control the overall vision of the show.” 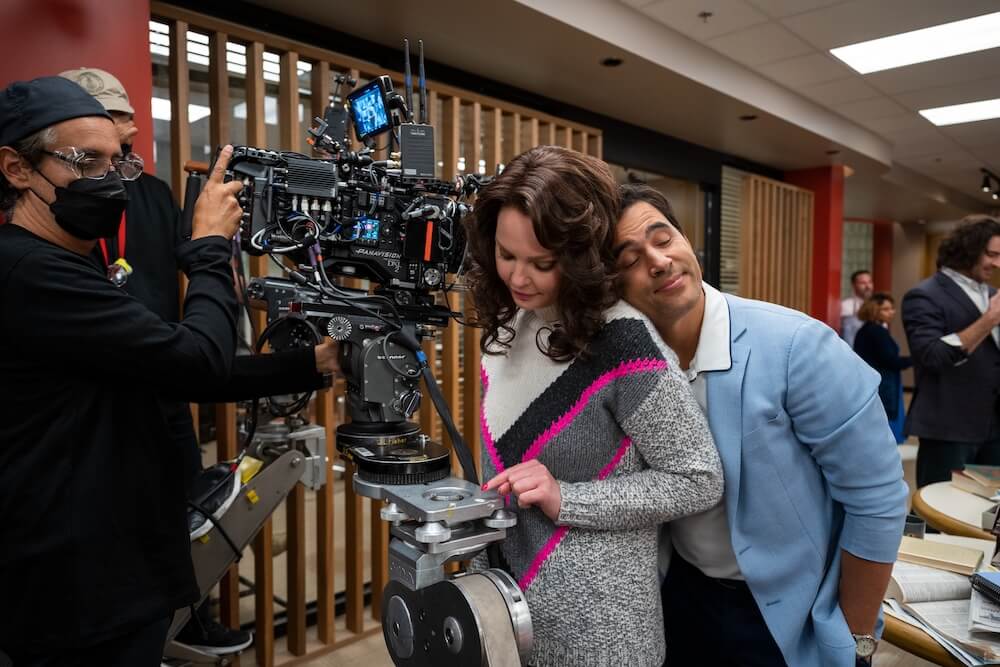 De Paula chose Panavision's Millennium DXL2 camera to shoot the series, sourcing the camera and lens package from Panavision Vancouver for both seasons. "I think the DXL2 is a wonderfully built camera," he says. "The ergonomics are incredible. I find the eyepiece is also the best in the business. On Season 2, we also took advantage of having the smaller DXL-M camera body to shoot all of our Steadicam work."

For the first season, De Paula windowed the DXL2’s sensor for Super 35-size capture with Cooke S4 lenses, but for the second season, he switched to Panaspeed large-format primes and captured at 6K for a 4K HDR delivery. The cinematographer opted to make the switch after using Panaspeeds on an episode of the Netflix miniseries Maid. "I've shot so much with the spherical Panavision Primos, and these Panaspeeds are a high-speed, large-format companion to 35mm-format spherical Primo optics," he says. "When we had Panaspeeds on Maid, I fell in love with their resolution and contrast. That made me go with them, in that they would give me more resolution and assist with the softer look of the ’80s and the de-aging of actors we had to do. I didn’t even test — I just called Adam Osten at Panavision Vancouver and said, ‘Adam, for Season 2, I want the Panaspeeds.’ They have become one of my favorite lenses right now.”

De Paula only had eight days to shoot each episode of Firefly Lane, and on that tight schedule he had to alternate between scenes set in the ’70s, ’80s and 2000s. For the 1970s, he wanted a warmer image that sat nearer the oranges and yellows, but rather than dialing a different color temperature on the camera, he sought a more old-fashioned method to capture a more authentic look. “On my previous movie before this, I used stockings on the rear of the lenses, and I wanted to do something similar for the ’70s,” he explains. “Sadly, I ran out of my own stockings of choice, Fogal Noir 110 and Dior 10, which I’ve used over several years, and I couldn’t find the same characteristics on newer stockings. But I tested Schneider’s True-Net diffusion filters and really liked what I saw, thinking it was the closest I could get to the real stockings.  So for any scene in the ’70s, I used a #1 Black True-Net filter on the lens.”

In contrast to the 1970s, scenes in the '80s, which featured Heigl and Chalke de-aged to appear to be in their 20s, tended toward a more saturated palette, particularly in the wardrobe and production design. To help bring out this look, De Paula shares, "I used Classic Softs to give everything a classic Hollywood close-up feel. And because in the '80s the characters got their first jobs, got into new relationships and started to actually experience life, the camera wanted to be more dynamic as well. We wanted to be more with these characters, so they were framed more together, sharing the screen." 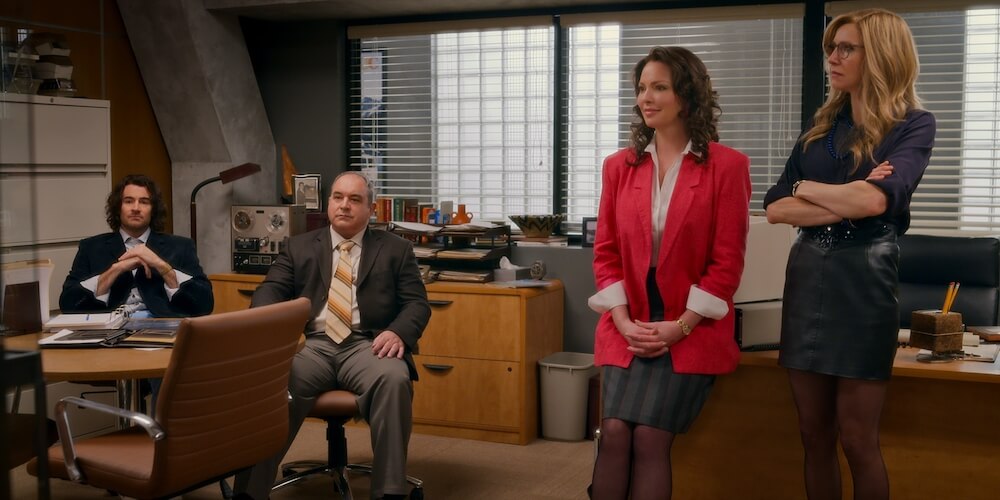 As depicted in the show, the 2000s possessed a more neutral palette and a different lighting scheme to reflect the older state of the characters. "This is where maybe life didn't pan out the way they thought," De Paula says. "We feel the struggles of these 40-something women who were so driven in the '70s, experienced the joys of independent living in the '80s, and then struggle with 'real life' in 2000s. The composition was a little looser and more more short-sighted, with softer lighting through the windows, and I used Black Satins every now and then. These little techniques together hopefully add up to evoke emotions in the viewer."

Since wrapping the series, De Paula has already gone to his next assignment, joining the team of The Flash to shoot its final season. But Firefly Lane remains close to his heart, and he's especially proud with how the show traced gender politics through recent history. "We wanted to make a point about how much or how little women's equality has evolved in the 30 years we covered," he says. "I'm very happy with what I was able to do in terms of the emotional interpretation of the scripts." 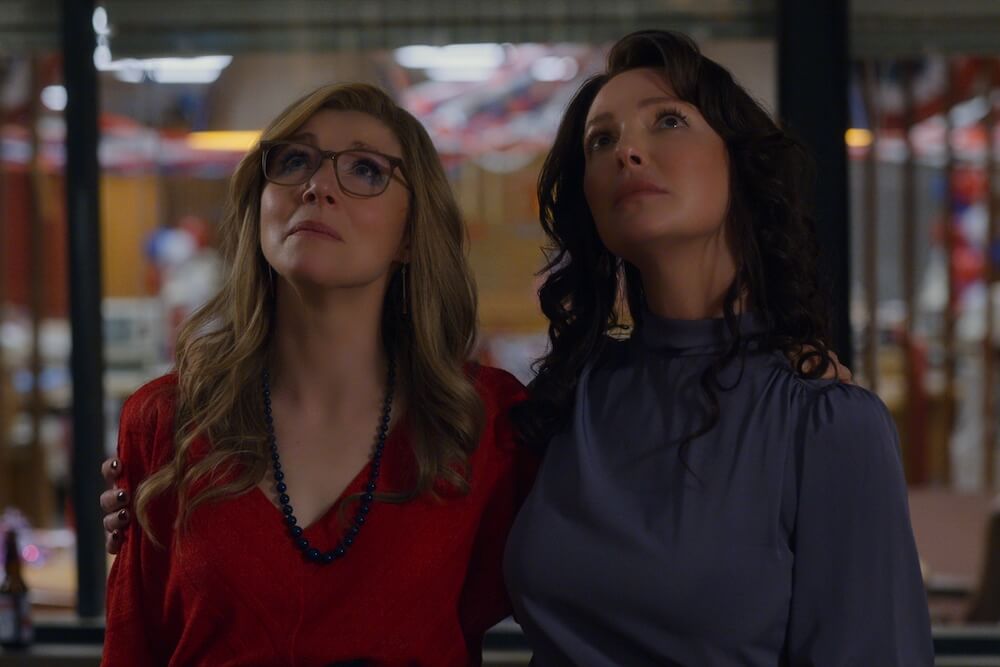